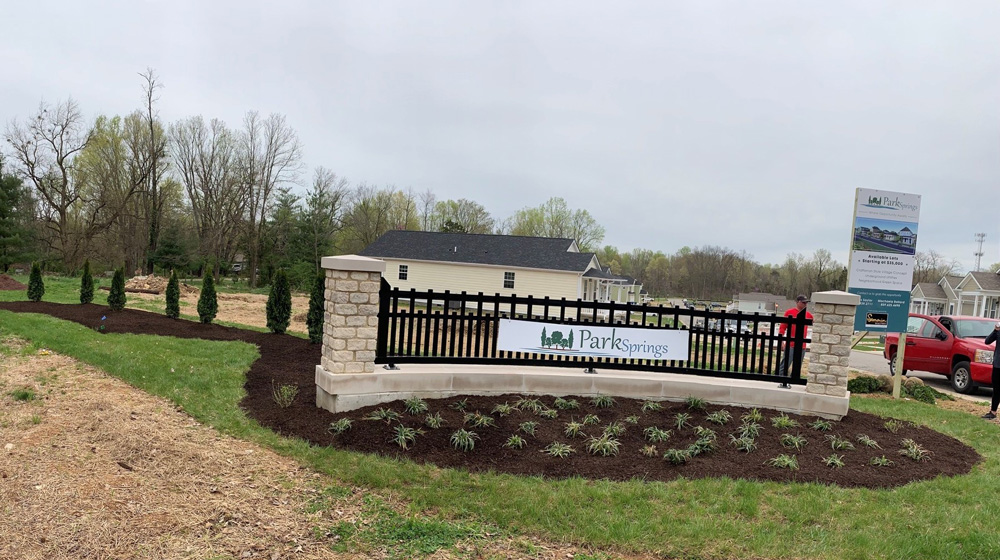 Louisville, KY – On October 2, Habitat for Humanity of Metro Louisville hosted a press event with Mayor Greg Fischer to showcase the progress of the new Park Springs development. Habitat has joined with HPI to transform the once abandoned and rundown Lake Louisvilla sites into a new mixed-income subdivision in eastern Jefferson County.

“Affordable housing is vital for residents to reach financial stability, raise a family and reach their full human potential,” Mayor Greg Fischer said. “My administration has invested over $41 million in the development of affordable housing just in the Louisville Affordable Housing Trust Fund and Louisville CARES since FY15 and we are glad to add to that investment by partnering with Habitat for Humanity, The Housing Partnership Inc. and market rate builders to offer housing options of choice at the beautiful Park Springs subdivision in eastern Jefferson County.”

The 16-acre site, located north of the Gene Snyder off Westport Road, was donated to Habitat for Humanity in 2006. Over the past 12 years, much work has been done to prep the land and secure adjoining properties for development. With significant outside investment from the Metro Louisville Department of Housing, Metropolitan Sewer District and the Renau Foundation, the Park Springs development broke ground in November 2017. 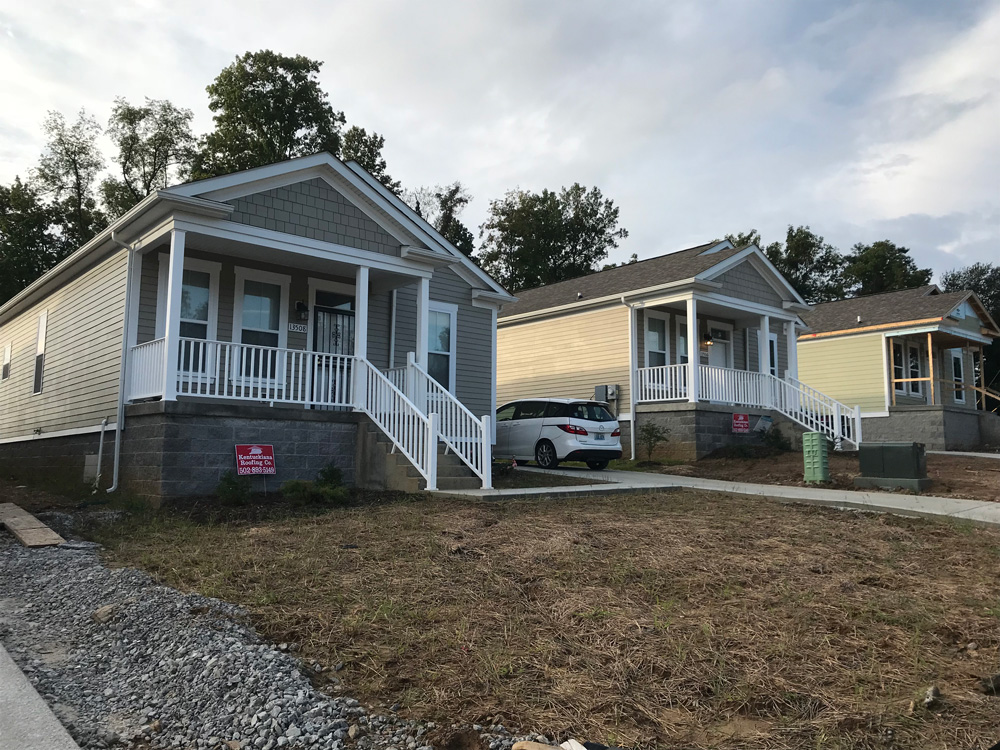 The 16-acre site, located north of the Gene Snyder off Westport Road, was donated to Habitat for Humanity in 2006. Over the past 12 years, much work has been done to prep the land and secure adjoining properties for development. With significant outside investment from the Metro Louisville Department of Housing, Metropolitan Sewer District and the Renau Foundation, the Park Springs development broke ground in November 2017.

Phase one of Park Springs will be a 5-year project. Habitat for Humanity plans to build at least 27 of the planned 96 homes. In Park Springs, at least a third of the homes will be built by various market rate builders. The Park Springs development features energy-star certified homes and The Renau Park. Other common areas will include walking trails and additional green spaces.

“The Park Springs development will provide the community with much needed quality, affordable housing options in a neighborhood close to jobs, schools, recreation areas and retail,” said Rob Locke, CEO, Habitat for Humanity. “Habitat is pleased to partner with HPI and transform this once abandoned property into a thriving mixed-income community.”

“HPI is proud to partner with Louisville Habitat in our continued mission to create, sustain, and promote access to affordable housing. We believe quality affordable housing is one of the key elements of a strong and secure community,” said Andrew Hawes, President, HPI.

About The Housing Partnership, Inc.
Founded in 1990, The Housing Partnership, Inc. is a non-profit real estate development organization. We actively engage in property and asset management, real estate development, single-family home sales, homebuyer education, and financial counseling. At, HPI we have a vision that everyone has an exceptional housing experience. As a member of the national NeighborWorks network and an accredited Community Development Financial Institution (CDFI). Over its history, HPI has leveraged over $1,096,000,000 into affordable housing in Kentucky and served thousands of families with services ranging from housing counseling to homeownership assistance to developing and managing affordable rental housing, including projects targeted to special needs populations.  HPI accomplishes its work both directly – developing and managing many of its own projects – and through partnerships with other nonprofit and community based organizations like Habitat for Humanity. For more Information, call our office at (502) 585-5451 or visit our website at www.wearehpi.org.

About Habitat for Humanity of Metro Louisville
Habitat for Humanity of Metro Louisville was founded in 1985 by a group of people concerned with the lack of affordable housing in Louisville. Since then, Habitat for Humanity has built or renovated 500 homes in Louisville and Oldham County. Through volunteer labor and the donations of money and materials, Habitat builds and renovates stable, quality affordable home for people who make between 30%-80% of the area’s median income. All partner families are required to invest 400 hours of sweat equity in their home and in homeowner education classes. Houses are sold at no profit with a zero interest, 20-year loan. The homeowners’ mortgage payments are reinvested to build more Habitat homes.  For more information, visit www.louisvillehabitat.org.